The symptoms are pain, numbness, weakness, tingling, pins and needles along the sciatic nerve from the lower back to the buttock, all the way to the leg and foot, and involves only one side of the body.

The most common diagnosis is a compression of a lumbar nerve root between the L4 and S1 spinal levels, caused by a herniated disc pressing against it.

Another very common diagnosis is the Piriformis Syndrome, where the piriformis muscle, found deep in the buttock, directly compresses the sciatic nerve that passes under it or, in a small percentage of patients, through it.

Very often the diagnosis for sciatica is made because just part of the symptoms, or very similar ones, are present: for example, low back and buttock pain, or buttock pain that reaches down to the knee, or at times just low back pain. In these instances, the involvement of the sciatic nerve as the cause of the pain is much less likely: sciatic pain reaches down to the foot, has a sharp, searing character, and is usually accompanied by other symptoms like numbness, tingling and pins and needles.


Our entire team offer FREE 15 minute consultations. It’s a no obligation opportunity to discuss your problem and learn what treatment is right for you.

We’ll even recommend other practitioners and treatments if there’s a more effective option available.

So, what hurts then, if not the sciatic nerve?

The main other tissues that produce pain are joints, muscles and connective tissue

An irritated joint in the lumbar spine can normally produce symptoms in the lumbar and buttock regions; an inflamed or irritated sacroiliac joint, the joint between the sacrum and the pelvis, can easily cause pain down to the knee, as does the hip joint; a spasm in the gluteal muscles can refer pain from the buttock to the ankle; tension in the connective tissues will also produce similar symptoms, and together with muscle spasms can also produce tingling and pins and needles in a similar way to a sciatic nerve irritation. 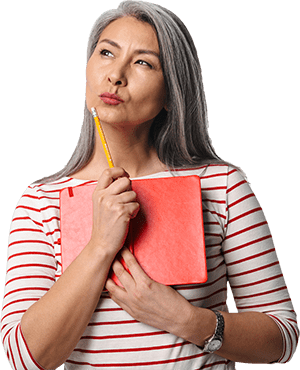 How do we determine what is causing the symptoms?

History taking and physical examination will determine what the problem is. Unfortunately, nobody told our body that it can have only one problem at any given time: most often the pain will be caused by different factors. A true disc herniation can be accompanied by muscle spasm and a joint irritation, for example. An effective treatment will take all factors into consideration to achieve the best results.

The healing times will vary for each individual case, depending on the severity of the problem and the compliance to the advice given by the practitioner, but when the sciatic nerve is involved expect longer recovery times.

A wait and see approach only increases the risk of a slower recovery and of a future recurrence: a proper diagnosis and a tailored course of treatment will help you return to your normal pain free life in the shortest time.

Freedom from back pain
starts here 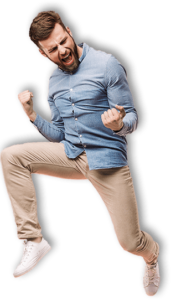 Real results that address the root of your problems, not just your symptoms*

You’ve done such a good job sorting out my sciatica that I’ve almost forgotten the pain I was in earlier on in the year when I hobbled in. I started to feel huge improvements immediately and I’m so grateful to be feeling back to normal.

A fantastic place! I can highly recommend it! When I was pregnant I was experiencing terrible pain in my lower back and hips. Thanks to Steve, the pain was minimised and I enjoyed my pregnancy almost till the very end.

*Patient reviews are purely anecdotal accounts from individual patients. Your experiences and result may differ from other patients experiences.

Receive expert advice from our team.

Our friendly reception team are on hand to make bookings and answer any questions you may have.